Table of Contents show
1 The Kitchen
2 The Living Room
3 The Family Room/Den
4 The Dining Room
5 The Bathroom
6 The Master Bedroom
7 The Bedrooms
8 The Attic
9 The Loft
10 The Kids’ Rooms
11 Types Of Rooms In A House FAQs
11.1 What Rooms Do You Need To Have In A House?
11.2 Which Room Is Most Important In A House?
11.3 What Is The Most Used Room In A House?
11.4 What Rooms Should The First Floor Of A House Have?
11.5 How Big Is A Standard Bedroom?
12 Conclusion

Every house is equipped with a kitchen of some form, as this is considered to be a basic necessity for every home.

The kitchen is the room where all meals are prepared and cooked. It is equipped with sinks and running water for cleaning and is typically where food, cutlery, crockery, and cooking implements are stored.

Kitchens can serve as a place to eat, and many people have dining tables set up in their kitchens for this purpose.

Modern kitchens can be built to any size and are usually designed to fit the size of the overall house. This means that some houses have very small kitchens while other kitchens are large. Some kitchens are enclosed and separate rooms and others are open-plan and form part of the larger living area of the house.

The living room is a multi-purpose space in most modern homes and can serve as a family room, den, or dining room. This is typically where the couch and other chairs are placed in a house, and the room is typically used for relaxing or entertaining guests.

Some larger houses have a formal living room that is intended to only be used on special occasions or for more formal social events.

The family room or den is a common room in large modern homes. This room is not equipped with tables or dining suits, but it is designed to be as comfortable as possible and is usually only equipped with comfortable, soft furniture.

These rooms usually have a television and other forms of entertainment and are generally considered to be a space for a family to spend together and unwind.

Not all houses have a family room or den, but these rooms can be made to any size and design depending on the size of the house.

The dining room is a room in the house that is intended for eating meals. This room is equipped with a large, family-style dining table with several chairs and is designed to have a place for families and guests to sit at a table with one another for a meal.

These rooms are not as casual as other rooms and are typically not used for any purpose other than sharing meals with groups of guests or with the family. There is usually any furniture in the dining room other than the dining table and chairs.

A house may have multiple bathrooms, but all modern western-style houses are usually equipped with a bathroom of some kind.

This room is where the toilet and basin are installed and is usually equipped with a bath, a shower, or both. The size of the bathroom and the features installed in it varies, as some houses have large bathrooms with many features, and others have small bathrooms with minimal features.

Bedrooms are where beds are placed and provide a place for sleeping, resting, and personal privacy. Master bedrooms are usually larger and more versatile than other bedrooms and often have an adjoining bathroom.

Bedrooms are generally different from the master bedroom, but they serve the same function.

This is also a room for sleeping and privacy, as well as a place to store personal possessions, but it is usually significantly smaller than the master bedroom. Most modern houses have one or more regular bedrooms.

Most attics are used for storage and access to infrastructure and not usually for living in. this space is generally considered to be separate from the house and not part of the main living structure.

The loft is not the same as an attic. A loft is a room above the rest of the house, but it is not an entire second floor. It is usually an open room that has a single staircase to access it and is typically used as a living space or a home office.

A loft serves to increase the living area in smaller homes and is very desirable for modern houses.

A kid’s room should reflect who they are and what they love. There are several types of kids’ rooms, from themed rooms to ones that are designed specifically for each age group. Each type offers its own benefits. For example, a toddler’s room should include toys, books, and activities that encourage exploration and learning.

The average child spends around 8 hours per day in his/her bedroom. This means that he/she has plenty of time to develop into a well-rounded adult.

Types Of Rooms In A House FAQs

What Rooms Do You Need To Have In A House?

Every house needs a bathroom, a place to sleep, and a place to cook. This usually takes the form of a bathroom and a kitchen. Most houses have communal living spaces such as living rooms as well.

Which Room Is Most Important In A House?

Most people consider the kitchen to be the most important room in the house, as it is where food is cooked, and it can serve multiple important functions.

What Is The Most Used Room In A House?

Studies show that bedrooms are the most used rooms in a house, especially the master bedroom, as these rooms serve as private spaces and are often used for multiple purposes, such as sleeping, studying, and working.

What Rooms Should The First Floor Of A House Have?

The first floor should be populated with bedrooms and at least one bathroom. Bedrooms are private spaces and are not used for communal purposes such as entertaining, and therefore should be kept separate from the larger communal spaces if possible. The first floor is a good way to achieve this.

How Big Is A Standard Bedroom?

Standard bedrooms vary in size but are typically around 132 square feet in modern houses. Bedrooms can be much smaller and much larger than this, depending on the house.

Houses are built with several types of rooms with their own intended uses and purposes. Most rooms are multi-functional to some degree, but every room is designed with a specific function in mind.

Houses vary drastically in size, and thus the number of rooms and types of rooms in modern houses vary as well. So long as the house is well designed and makes good use of the available space by using rooms in an intelligent way, the house will be easy to live in and feel like a home. 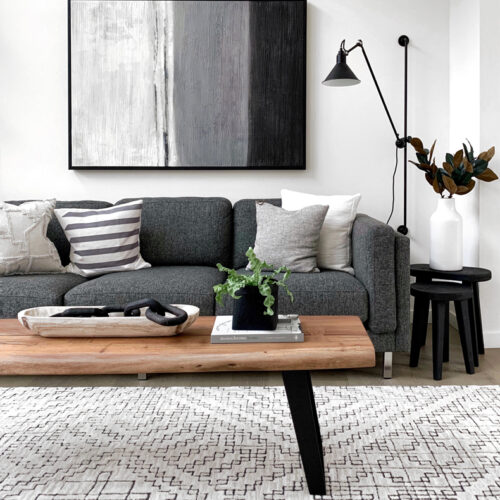 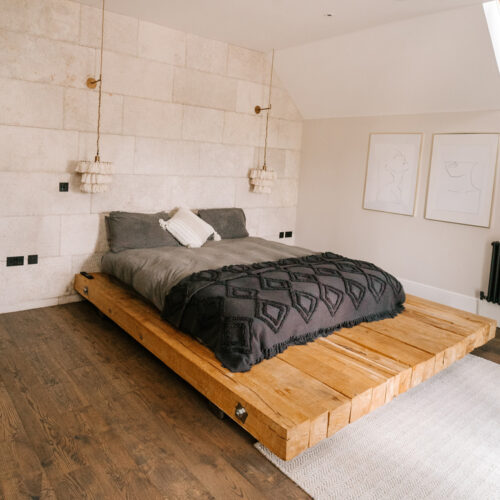 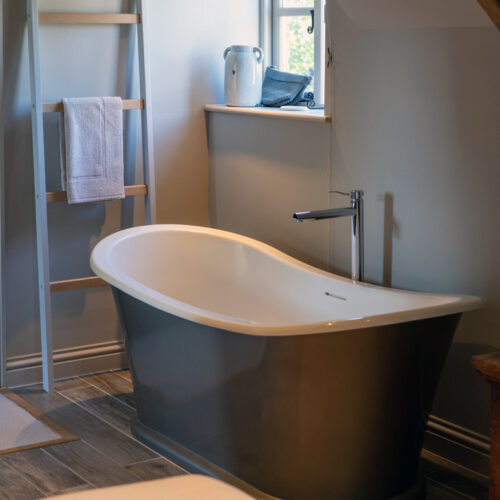